I hope you enjoy reading about my journey, and you will be touched by the people of Nueva Prosperina.

Read Fr Martin’s story and be inspired that such good things still occur in our world and in our Church.

In the years after my first St. Beuno’s retreat, I got involved in all sorts of other pastoral activities: I gave two-and-a-half years to the Muirkirk parish; then I was in St. Bride’s, West Kilbride for fourteen months; before ending back at St. John’s, Stevenston as Parish Priest. Together with these central priestly jobs, I was involved in education work for the Diocese, and helped set up a youth group to help the Scottish branch of HCPT- the Pilgrimage Trust that takes disabled and disadvantaged children to Lourdes each Easter. Each of these tasks involved a lot of my time and effort and I was really enjoying being back at St. John’s. Although there had been tough times in each posting, I was very happy wherever I was and whatever I was doing.

During all this time I had always worked hard at my prayer life. Each morning I would spend a long period of time – perhaps a half hour or more – in reflective prayer. This is a method of prayer I had learned with Fr. Joe Boland who helped me through the Spiritual Exercises of St. Ignatius. In it I begin by calling to mind whatever is happening in my daily life. Once those things are brought to mind, I then pick up the Scripture readings and see what the message is there. The idea is always to match up my daily life with the Scripture reading. The idea is to see where God is moving and what God is saying. There were many other forms of prayer I used but I loved this form of prayer because it allowed me to reflect on my daily life in the light of the Gospels. As well as using this form of prayer for myself, I also helped others with this form of prayer particularly through the Weeks of Prayer which had started up in the Diocese.

I went back to St. Beuno’s in 1999 for a thirty-day silent retreat to celebrate my tenth anniversary as a priest. This was something quite challenging not least because being silent does not come naturally to me. However, the results were profound and even now I can close my eyes and think on a particular prayer exercise from that retreat, where I was and when I did it and what I was thinking. At that retreat, unlike five years previously when I was reflecting on the Missions, I had no specific intention to direct my thoughts. In February of 2001, I was then given a further opportunity to go on an eight-day retreat at St. Beuno’s. I travelled down to Wales looking forward to reviewing the spiritual, pastoral and social sides of my life. I was assigned Sr. Helen Bamber as my director for the eight days and we began by talking about life in Stevenston. She gave me various introductory passages of scripture that I was to use during that first day. Mostly they were general passages about God’s love. One of the passages that caught my attention was from Jeremiah 18 and it became central to me ending up on the Missions:

The Lord said to me, “Go down to the potter’s house,
where I will give you my message.”
So I went there and saw the potter working at his wheel.
Whenever a piece of pottery turned out imperfect,
he would take the clay and make it into something else.
Then the Lord said to me,
“Don’t I have the right to do with you people of Israel
what the potter did with the clay?
You are in my hands just like clay in the potter’s hands.
And then the Lord told me to say,
“Kings of Judah and people of Jerusalem,
listen to what I, the Lord Almighty,
the God of Israel, have to say.”
(Jer 18:1-6. 19:3)

I remember going to the peaceful Capel-y-Coed chapel at St. Beuno’s and praying with that passage. I imagined that God was calling me like the clay in the potter’s hands to remould and reshape various aspects of my personal life and my pastoral activity. The line that really stood out to me was: “listen to what I, the Lord Almighty, the God of Israel, have to say.” I went back to Sr. Helen the next day and told her about my reflections. The following day she suggested that I go to the St. Beuno’s artwork room where I could ‘pray with clay’. At first I thought this was a bizarre idea; I had never prayed in this way before and I was not much good at art. But, ever willing for a new experience and new insights, I went downstairs with Isaiah 18 ringing in my ears.

And so I started moulding the clay. The key word for me in that passage was ‘listen’ so I decided to try and mould an ear. As I say, my artistic abilities are not great, so it took me some time. However, in the end, I had a life-sized version of a left ear. I sat there looking at my artwork and asked God what he meant by all of this before me. I gazed at the ear. I tried to see what God might be saying but all I could see was a simple ear. Then, slowly but surely, I saw not a left ear but a map – and that map was of South America. Now I have never had bolts of lightning guiding me in my spiritual path but I think this was as near as I am going to get. I started off seeing an ear and finished up with a map of South America? Could it be that God is calling me to missionary work in South America? The St. James’ Society? But, I thought, this had not even been in mind. For the rest of the eight day retreat, I reflected on what it all meant. God might be calling me to the missions but I wanted to be sure. In the end, with the help of Sr. Helen Bamber, I decided that I would investigate the possibility of going on the Missions. I would make no rash decisions but calmly reflect on my own and talk to those closest to me. 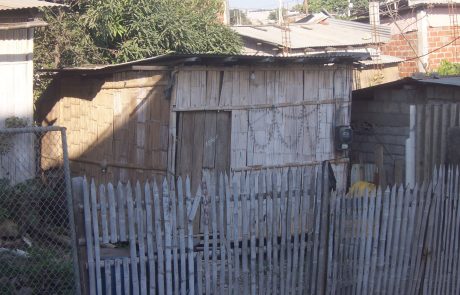 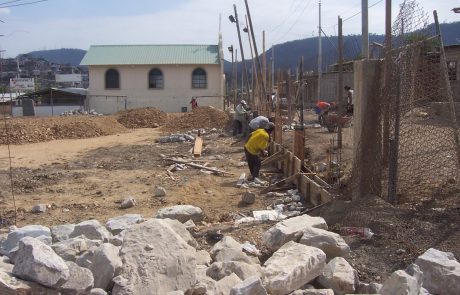 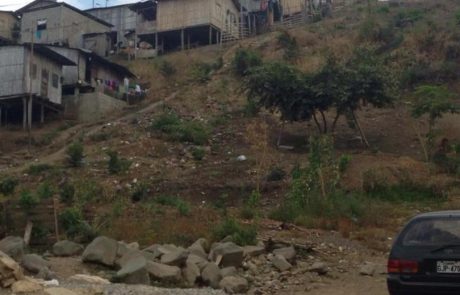 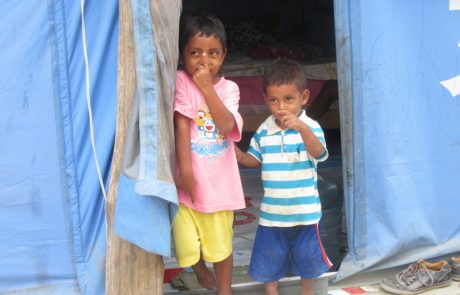 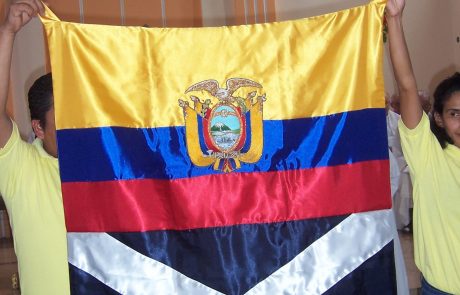 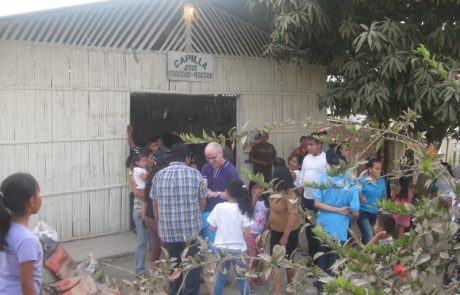