Welcome to the lent newsletter, which keeps you up to date with everything that has been going on lately in the Martin Chambers Ecuador Trust charity. Since our last edition in the summer there has been a lot of activity in our Nueva Prosperina community, especially in the school. Escuela Sagrada Familia continues to support children not only in their education and in the daily soup kitchen, but also through the wider community programmes.

One of the community projects that has taken off in recent months is through a local church group called “Jesus Divino Chambero.” It was set up years ago by a Guayaquil Jesuit priest, Padre Ignacio Moretta, who worked with impoverished young children who were to be found on Guayaquil’s rubbish tips looking for food, clothes and shelter. He would work with young people finding them and their families jobs and decent places to stay. Padre Moreta found his way to Nueva Prosperina and to our community where he helped children into education and worked with Scottish donors to provide basic bamboo houses for many families. Even although Padre Moreta died some years ago, the “Divino Chambero” charity still exists and recently they made a new connection with Sagrada Familia School. Gloria and Celina would be well-known to many Scottish visitors as they ran Catechism classes in some of the local chapels, but now they have come to the school as volunteers. In the primary school they run English classes, RE classes and prepare the children and their parents for the sacraments of Confirmation and Eucharist. In the secondary school they run health education classes and as the pupils start to plan for their future, they lead guidance classes. In all of this the motivation of the “Divino Chambero” group is clear – to be modern-day disciples amongst the poorest and weakest. We know that they are producing good fruits as they help the young people of Sagrada Familia school work their way out of poverty through education. 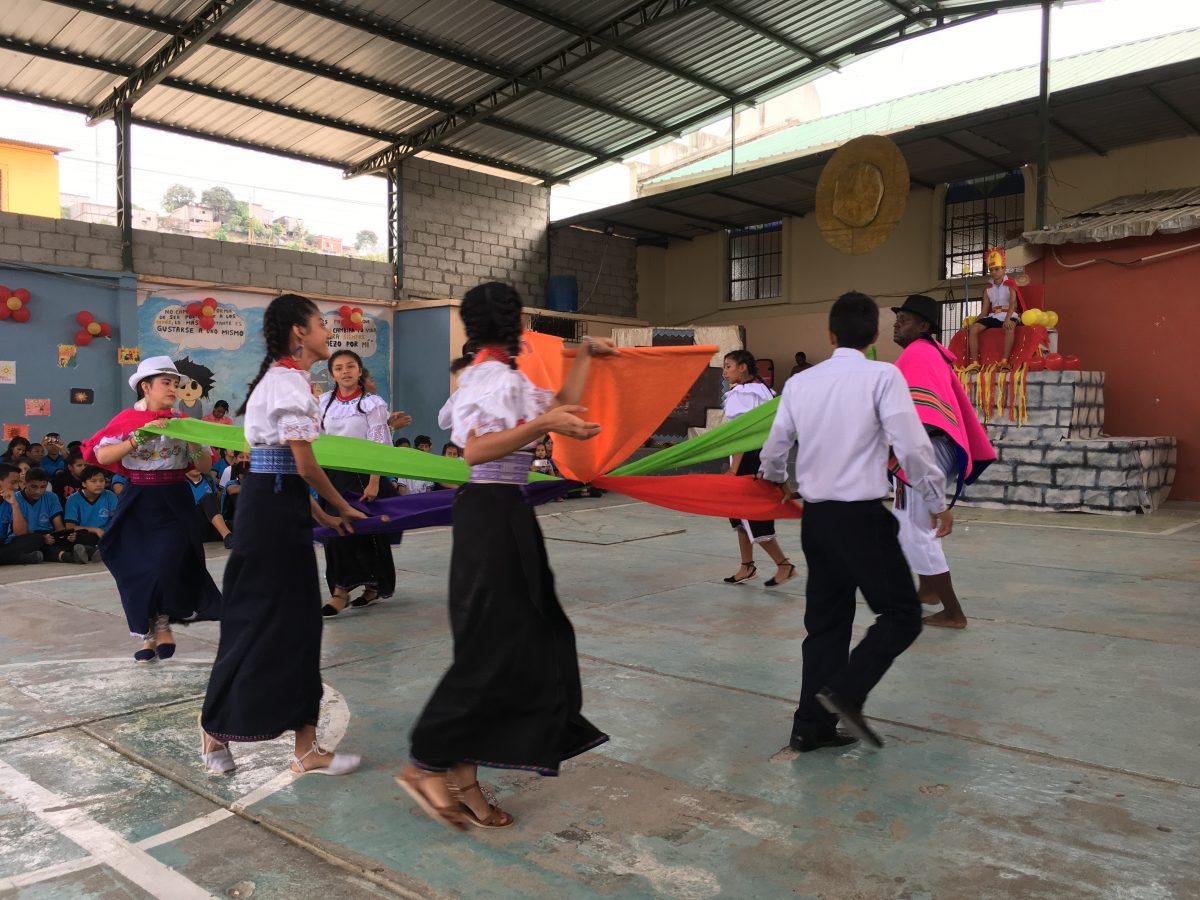 Since the last edition, Joe Sikora, Peter Diamond and Martin Chambers have completed a gruelling cycle from Belfast to Dublin in aid of the Ecuador Trust. The 120 mile trip (undertaken in 24 hours!) was made even more gruelling due to the extreme winds that faced us. Although August normally brings some calm and settled weather, the severe winds we experienced in that month for the cycle meant that our journey was made longer by several hours. Having said that… the journey was made easier by the presence, in a back-up care of Jose’s wife – Ann. She reflected recently on the trip: “I stopped by the side of the road after every ten miles or so and I could see that the team were really struggling. It would have made more sense if we had travelled with the wind at our back, going the other way from Dublin to Belfast.

However, I think it was the lure of a pint of the black stuff once they got to the Guinness Brewery that kept them going. Good on them for completing the cycle against the weather.” The trip was made worthwhile due to the great generosity of family and friends who supported Joe, Peter and Martin; together they raised just under £6,000 for the Ecuador Trust. Joe reflected on the cycle:

“As always the cycle threw up some very interesting moments and chance meetings. Top of the list must go to meeting Helen and John Davila outside the Guinness Factory gates at the end of our journey. John and Helen, who now live in Quito, Ecuador, but who were born and grew up in Scotland spotted Martin’s Ecuador  cycling top and stopped to say hello. Small world!”

So what’s next for the intrepid cyclists? Next summer the team intend to cycle around the Diocese of Galloway where Martin works as a priest. The route will take them through all parts of Ayrshire as well as around Dumfries and Galloway region. It promises to be a beautiful cycle – the hills and the coast line – and will be centred around St. Ninian’s Cave at Whithorn. If anyone is interested in sponsoring the team look out for the details appearing on the Ecuador Trust webpage.