When my friend and author Joe Bradley visited Ecuador in May of 2009, he suggested to me that I should put my experiences together in a book. I had already kept a diary of events and had been writing a regular blog on the internet, so I thought that to put it all down in one book might be an easy enough task. I therefore began a two year journey which culminated in the Book Launch on 4 November of “Walking with the Poor”, which details the highs and lows of my life as a missionary priest. Along the way many people helped to get the book together; from Maureen Walsh who helped edit the book, to Bishop Maurice Taylor who wrote the book’s foreword and Martin McGinty who published it.

So far, people have given favourable reviews and have indicated that the people and lifestyle of the poorest people from Nueva Prosperina have already come alive. There are still many copies available and perhaps you might want to buy a copy for yourself or give a copy as a Christmas present. The book costs £8 per copy with £2 extra postage and package. You can order a copy from mhartino2004@yahoo.co.uk or from Martin Chambers, St. Matthew’s Presbytery, Grassyards Road, Kilmarnock, KA3 7SH. All profits from the book go to the Ecuador Trust.

For 14 days at the beginning of July we cycled up hills and down dales from the South of England to the North of Scotland to raise funds for the charity. Our cycling team was made up of Joe Sikora, Graeme Cartwright, Simon Gartside, Jamie Burns, Gerard Hand,  Peter Diamond and myself. We cycled around 80 miles each day and were ably assisted by David and Andy Hand in the back-up van. We passed some of the most dramatic scenery this country has to offer, from the rolling countryside of Cornwall, through the relentless hills of the Lake District, to the lakes of Argyll and beyond. Jamie Burns, from East Kilbride explained what the trip meant to him: “The Journey from Lands End to John O’Groats had its highs and lows but for me the whole experience was terrific. I think each cyclist had their good days as well as an ‘off day’ where the miles and the hills took their toll, but it was the jokes and the humour that kept us all going. I think I speak on behalf of the whole group when I say that we were all really excited to cycle into John O’Groats and to realise we had reached the end of this intrepid journey”. Before the journey had even started the team had received substantial donations from businesses and local groups to help with accommodation, transport and food. Then throughout the trip the team began to receive donations from people along the way: some priests gave the use of the Parish Hall; other people donated much needed food for the hungry cyclists and others simply made a donation when they heard about the cause. Of course, the purpose of the trip was to raise funds to the Ecuador Trust and by the end of the trip the original target of £5,000 had been smashed – the final total was over £16,000! Thanks once again to all who contributed. 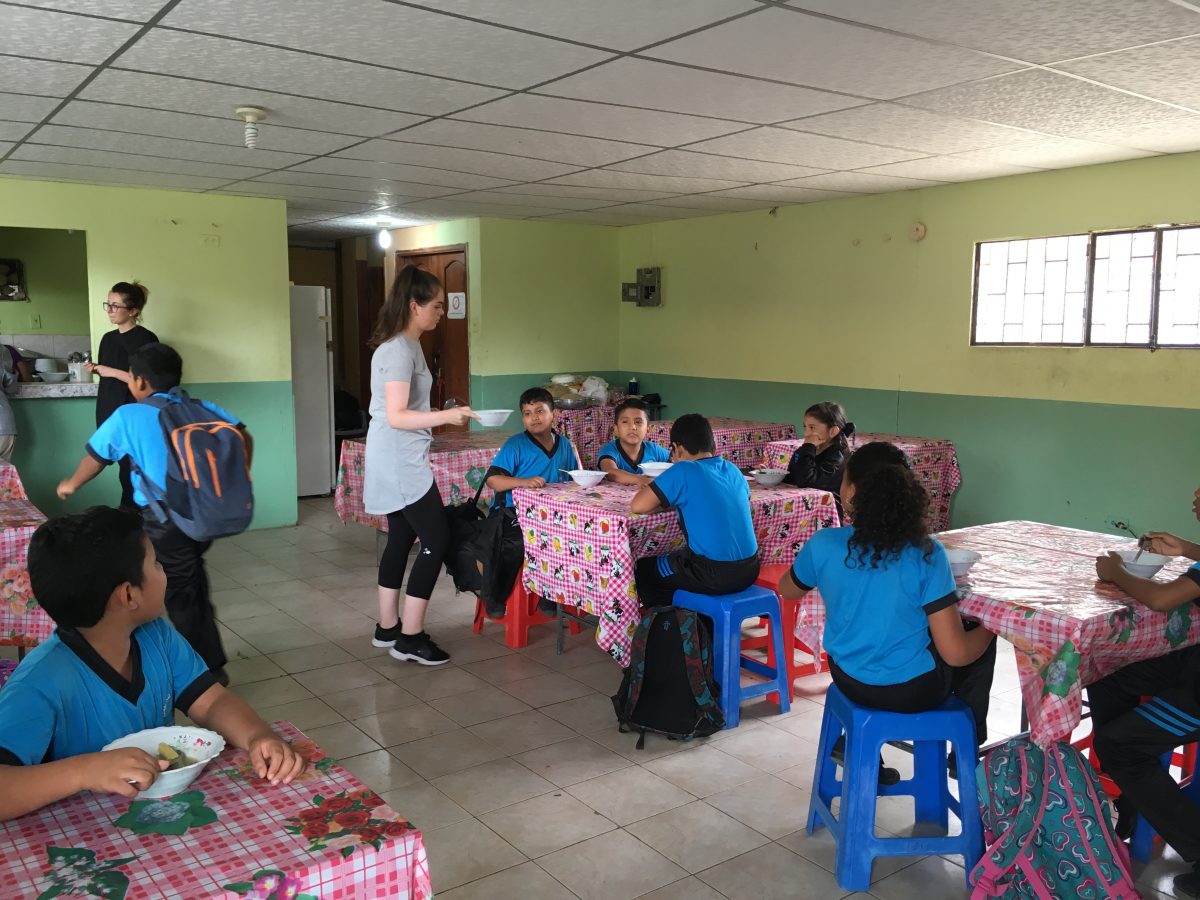 In the course of this year there have been several visitors to Nueva Prosperina: Gordon Dunlop from Largs, Esther McMillan from Kilmarnock and Michael Daly from Glasgow. All three visited Ecuador as part of a much fuller trip around South America and, while in Guayaquil, they stayed with local families which allowed them to see poverty and the cramped conditions of Nueva Prosperina close up. I was able to keep in contact with them through the internet while they were in Guayaquil and what amazed me was their ability to get stuck into life among our poor brothers and sisters. Each stayed longer than they had originally expected.

In October of this year a larger group of nine 6th year students from Kilmarnock made the trip-of-a-lifetime to Nueva Prosperina. Six girls and three boys from St. Joseph’s Academy were accompanied by teachers Ann McDaid, Joe Sikora and myself. During the 10 days that we spent in the shanty town we stayed in Parish Halls and spent most days working in the Sagrada Familia School where we worked in the Soup Kitchen as well as the Primary and Secondary schools. It is fair to say that the youngsters were profoundly moved by the stark poverty that they saw and by the home visits that were made each afternoon.

If anyone is thinking of visiting Nueva Prosperina as part of a gap-year experience or simply for a one-off visit, this can be arranged by contacting me at mhartino2004@yahoo.co.uk