You see we are right in the middle of the rainy season, which means that rains fall every day – more often than not drizzly but then, every so often, in a torrent that causes havoc wherever it goes. And with us living in an underdeveloped shanty area with no sewerage  or drainage system, the water simply eats away at the mud streets and can open up wide caverns making it impossible for lorries or, more importantly, water tanks to pass. After one such torrential downpour where I was cornered inside the Chapel House (there is no point in doing anything when the rains start – you just wait till it passes), I looked out to see that the rains had cut a three-feet wide hole along the side of the street – it was impossible to get the car into the garage. And so we spent the next hours in the drizzly rain piling rocks into the hole so that at least I could get the Parish jeep in and out the house. Of course, I am the lucky one. For the people around me who live in straw huts the rains bring great damage to their homes: daily batterings mean that the fabric of their house will be damaged for good and, with no proper income, there is little hope of repair. This whole situation is made worse for the houses that are constructed on hillsides. After one such downpour, I made a visit around the Parish to see at first hand the devastation. For one family their house was flooded up to chest height. And for another family I despaired to hear that the father, with his four young children, was inside the house the previous night when they felt the force of the rain driving the house down the hillside. Luckily he was able to call for immediate help and the children were thrown to safety while the father did his best to salvage a few belongings. In these and other instances, I felt completely helpless but was able to offer clothes that I had brought from Scotland, some food and also the offer of a new house from a charitable foundation in the city. Once the rains subside we will be able to offer some help with housing as we have done in the past. There was also damage to some of the straw chapels in the Parish so we will need to dedicate some money to that in the next months. Of course, with the parishioners being so proud of their chapels that we will have no shortage of willing hands to help with the repairs. 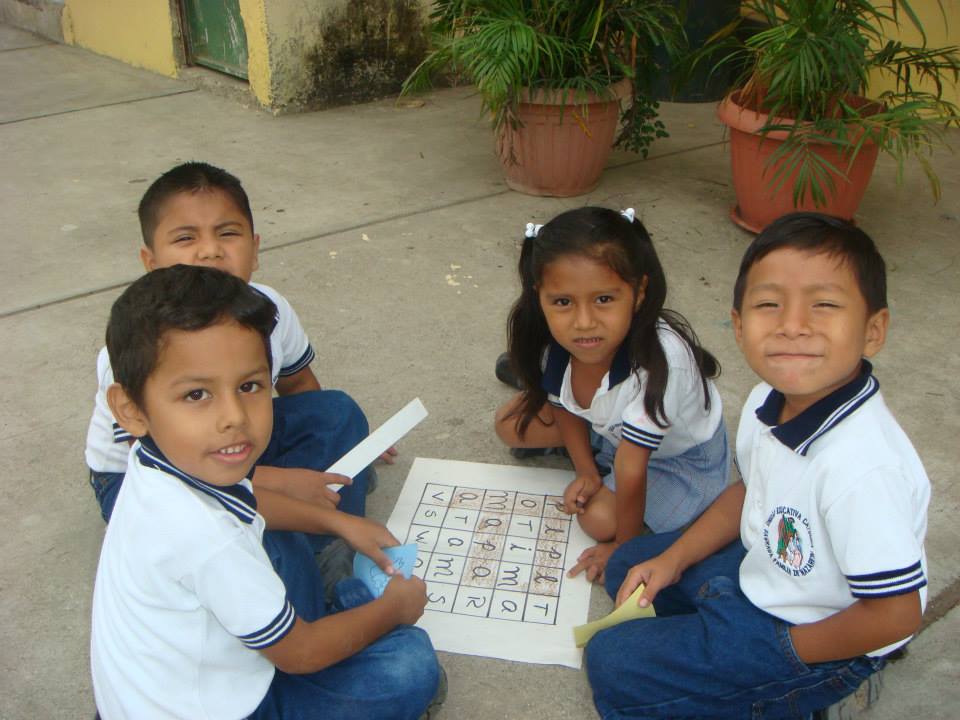 Our school is just about to open its gates for the new school year that starts in the middle of April (running till January). And it is with a fair bit of excitement that 500 pupils – up again on last year – will pile into the schoolyard to find that three new classrooms have been built during the holidays. And on top of that, a rather grand looking Chapel had been added at the top of the school area. All of this building has been due, in large part, to a major donor that the Archbishop of Guayaquil found for us – Father Sereno from the U.S.A. Of course, Scottish money has found its way in there too: it bought the land where the new classrooms sit (finding new houses for the previous occupiers in the process), paid for the septic tank and the water system, and also the furnishings for the Chapel. In the end, therefore, it has been a joint effort to get this far. And were do we go from here? Well with 500 pupils now in the school, it looks likely that we will need at least six more brick-built classrooms. And, at the moment, it is pretty clear that Father Sereno will not be providing any more money. He has done a lot for us, we will be forever grateful for his help and we will move to other sources of help. Of course, a school is nothing without the pupils who make up its numbers. And the kids that we have are superb. The face of each child tells a different story. Let me tell you some of the stories of our pupils: Leonel is 12 years old and lives at home in a straw house that is lifted up from the mud by tree trunks; he has two younger brothers and a wee sister. His mother stays at home to keep House while his father has a job as a car mechanic in the city centre. What has struck me about Leonel, apart from his charm, is his enthusiasm to get involved in any project that is going, whether it is in the school or at the Parish Church where he is one of our new altar servers. Another face is that of Angelita who along with her elder brothers is looked after by their grannie. You see their mother and father are not untypical of the parents in this area; despairing for the poverty in which they lived they fled as illegal immigrants to the bright lights of the U.S.A. and now keep infrequent contact from the district of Queens in New York from where they send regular cash for the upkeep of their kids. And a final face is that of six-year old Washington who, along with younger brother, Jesus, is looked after by his mother, Gladys. Several years ago the father abandoned them when they still lived in the region of Esmeraldas, in the north of the country. Gladys brought her children to Guayaquil and found a friend who was able to offer them some shelter for a home. She has no income and I found her the other day tearing up what looked like rags. When I asked her what she was doing, she told me that she had ‘managed’ to acquire these rags (goodness knows from where) and was ripping them up so that they could be used as small cloths for wiping windows or dishes. These stories could be repeated time and time again – I could fill a whole newsletter with them. Yet what amazes me is that the kids who come into our school are desperate to learn. If you came into the school at playtime you would see the usual antics of kids at play and with the usual teasing of one another. They are not angry or bitter about their family situation. They never say ‘Hey, Father, we are desperately poor’; they just get on with life and are keen to learn and make a go of their lives.