Welcome to the Newsletter which keeps you up to date with everything that has been going on lately in the Martin Chambers Ecuador Trust charity. In this edition we are remembering the devastation that was caused in Ecuador in April of last year when an earthquake struck the northern region of the country. There is a report on how the Trust has been helping the victims of the earthquake in the immediate aftermath but also how it proposes to continue providing help where needed. Of course, the Trust continues to focus on the community of Nueva Prosperina and the Sagrada Familia School. There is ongoing support by the Trust for the children’s education, the Soup Kitchen and for wider community programmes.

The Newsletter contains other news: about the Trust’s friend, Jose Luis, was ordained a priest last November; and about a community near Guayaquil city which experiences flooding every day of the year. I also hope that, by reading this Newsletter, you will be encouraged to continue to think about the needy of our world and to stretch out a helping hand …

People of the Earthquake Zone

While we are tucking into our Easter eggs this coming Easter Sunday (March 16th), our friends in Ecuador will be marking the first anniversary of the earthquake that devastated the northern region of the country. On my recent visit I managed to spend several days visiting families who had been affected by the tragedy. Let me tell you the stories of a few of the people I met …

On my first day there, I was the guest of Padre Vicente Saltos, the Parish Priest of one of the towns that has been torn apart. I asked him what actually happened the night of the earthquake and what was it like to be caught up in it. He took me to his own house where he related the story of that night. He had been upstairs getting ready for the 7pm Saturday Vigil Mass. Suddenly everything started shaking and he realised it was the ‘real’ earthquake.’

He stood up and tried to escape but he was thrown to the ground unable to move. He managed to crawl over to the door, where he remained in case the building collapsed. The house shook violently from side to side and the ground moved up and down both of which caused terrible destruction. As Padre Vicente described that night, I could only imagine so much movement, both building and ground that it would have been like trying to crawl out of the waltzers at the showground. 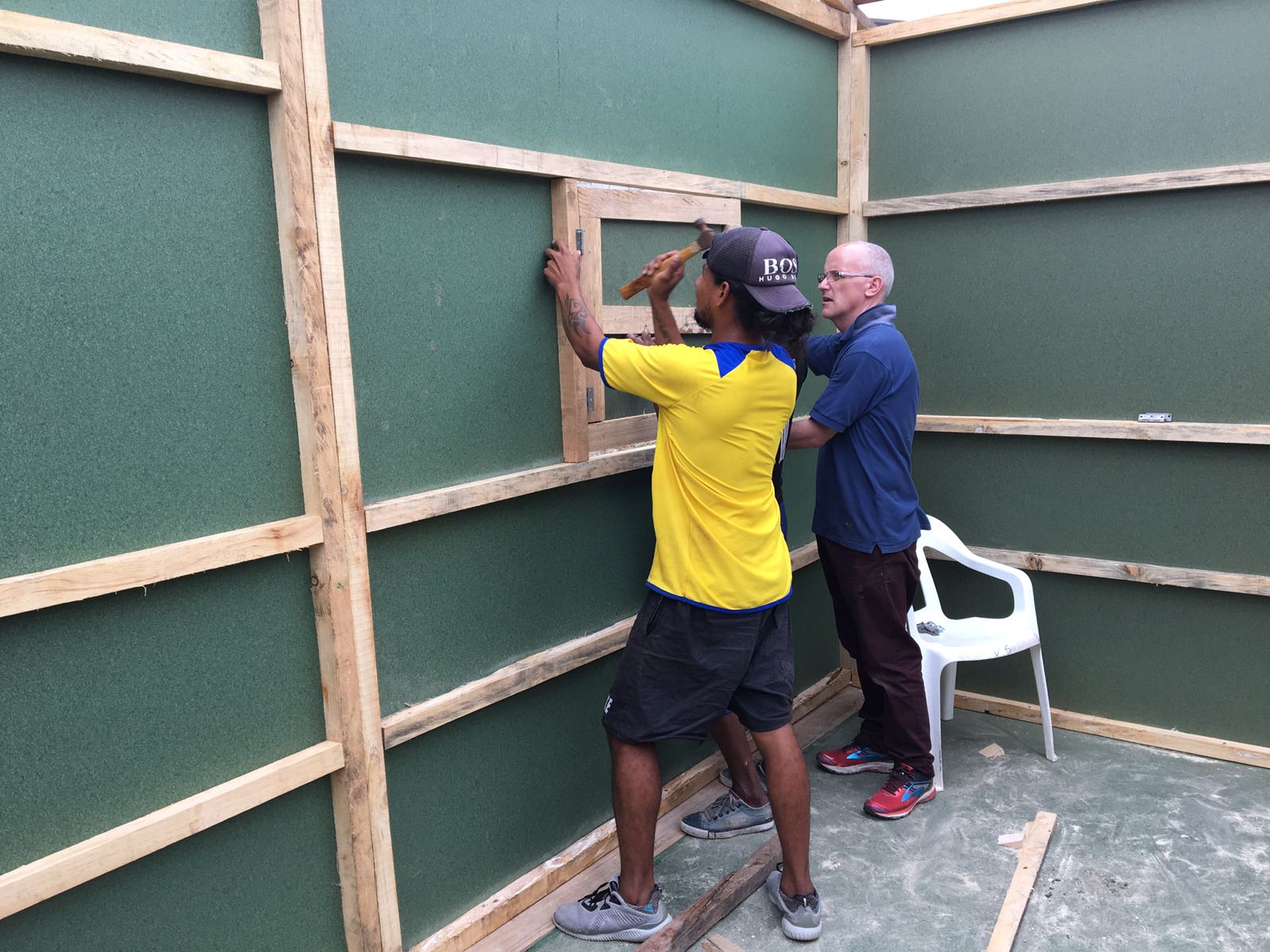 On 19th November, over a thousand people packed into Guayaquil Cathedral for the Ordination to the Priesthood of six young men, among them Jose Luis Velez Lopez, who comes from the sector of Nueva Prosperina. He was a cathechist there for some years, working with the youth of the Parish and with children preparing for First Communion. I was able to be present at his Ordination and to help him put on his priestly chasuble for the first time. For me, it was an incredibly emotional day as I remembered the first day I took him to seminary a number of years ago. Equally emotional was the meal I shared with him the night before in his family home. His family still lives in a humble home and I was glad to see that Fr. Jose Luis continues to visit and support his family as much as he can.

Fr. Jose Luis wrote this letter recently:
“I was so glad that Padre Martin was able to be with me at my Ordination to the Priesthood. I am glad because I know how much people from Scotland have supported me throughout my journey. My family comes from a humble background and I couldn’t have made this journey without your support. May God reward you for your kindness and generosity.” 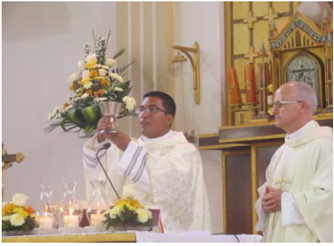