Welcome to this Christmas newsletter, which keeps you up to date with everything that has been going on lately in the Martin Chambers Ecuador Trust charity.

In this edition, we look at how the Trust has been helping the victims of last year’s earthquake, which caused so much destruction in the northern
region of Ecuador around the town of Pedernales. Through our friends in the Archdiocese of Portoviejo, we have been able to help different groups in heed; their stories are included in this newsletter.

Of course, the Trust continues to focus on the community of Nueva Prosperina and the Sagrada Familia School. There is ongoing support by the Trust for the children’s education, the Soup Kitchen and for wider community programmes.

As we approach the Feast of Christmas when families gather around and share of their resources, let us gather around our needy friends in Ecuador and tell them, through our support, how much we value them and how much we care for them. 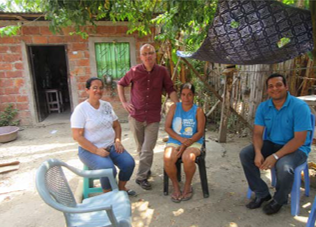 Rebuilding Lives in the Earthquake Zone

It is now 18 months since the 57-second earthquake ripped the heart out of the region of Portoviejo, in the north-west of Ecuador. Although the earthquake only lasted such a short while, over 650 people were declared dead (the real number was actually more). Houses, schools and hospitals were razed to the ground and, for those who survived, livelihoods were completely lost. When I visited last year, I thought to myself that if this had happened in Scotland, the Government would have stepped in immediately and after several months a regeneration programme would have been put in place. As it is, 18 months after the event, there is still rubble lying where it fell and, if the Government has stepped in, then it is simply to register that there has been damage rather than offer support or start a reconstruction process.

Into that vacuum various charities have been able to step in and offer support. The Ecuador Trust has been able, through contacts in CARITAS PORTOVIEJO (the Ecuador equivalent of SCIAF), to offer help to individual families. Here are a few examples:

JOSE PINARGOTE:
He is disabled and lives with his wife in the village of Calderon near Portoviejo. In the earthquake of 2016, he lost his house and lived for almost a year in a quickly constructed bamboo room, which had a dirt floor and no protection from the winter wind and rains. The Ecuador Trust was able to give Jose a house with wooden walls, a cement floor and a tin roof. The Town Council chipped in with sand and gravel to help in the construction while the family did the building. This has transformed his life. 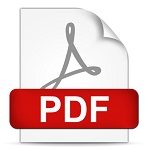