In July of this year a group of us will attempt to cycle from the South of England to the North of Scotland to raise funds for the Ecuador charity. After last years Edinburgh Marathon run (some would say ‘walk’), I started going out on my bike again and realised that I enjoyed cycling much more than running. And while on holiday last summer, myself and Gerard Hand agreed that we would like to do this mega-cycle ride. Since then the trip has taken arms and legs and we now have seven cyclists (Graeme and James Cartwright, Joe Sikora, Peter Diamond, Jamie Burns, Gerard Hand and myself) along with our back-up driver, Andy Hand. Most of the team is in the young age bracket but even ‘the oldies’ have been putting in the miles to make sure that each of us can manage the 950- mile trip. Of course, the trip is a challenge in itself but we are trying to raise cash for the Ecuador charity, so, when you receive a sponsor form,please get as many sponsors as you can. It’s not just that we want to raise cash for the Charity, but, as our Guayaquil friend, Tito, once said “tell the people of Scotland thanks, not just for the money they raise, but that through their donations, they help us recover some of the dignity we lost through poverty.” Let those words be our inspiration in this sponsored event.

As you will remember from the last Newsletter we were scheduled to welcome a group of twelve Ecuadorians to Scotland in February of this year. So many people were involved in raising cash so that the trip could take place and so many people had geared themselves up for concerts and school presentations while they were here. However, as the date for their arrival drew near, it became clear that they had been too late in applying for UK Entry Visas, so the trip had to be postponed with the ideal date being for June of this year. So, we set about arranging the same events with different dates (schools, concerts, trips to Edinburgh etc) but then we found out that some of the group had had their UK Visas rejected. I personally was gutted by this piece of news not least because I had to then phone the Ecuadorians and tell that this time the trip had been cancelled altogether. It was a devastating blow for what would have been the trip of a lifetime. The good news about it is that we have managed to transfer the flights to a later date and it means that the Ecuadorians will hopefully come in February 2012.

Before that though a group of twelve senior students from St. Joseph’s Academy, Kilmarnock will travel to Ecuador in October 2011 to take part in a ten-day trip that will see them working in the Nueva Prosperina school, soup kitchen, nursery and generally experiencing what life is like in a shanty town. The St. Joseph’s youngsters have been meeting for over a year now to look into issues of poverty and development and to raise funds for the charity. This will then be the first part of the exchange trip that will see the Ecuadorians in Scotland in the spring of the following year. Indeed while St. Joseph’s are over in Guayaquil they will sit down with the Ecuadorian students and make sure that, this time at least, they will be filling out their UK Entry Visa forms correctly! 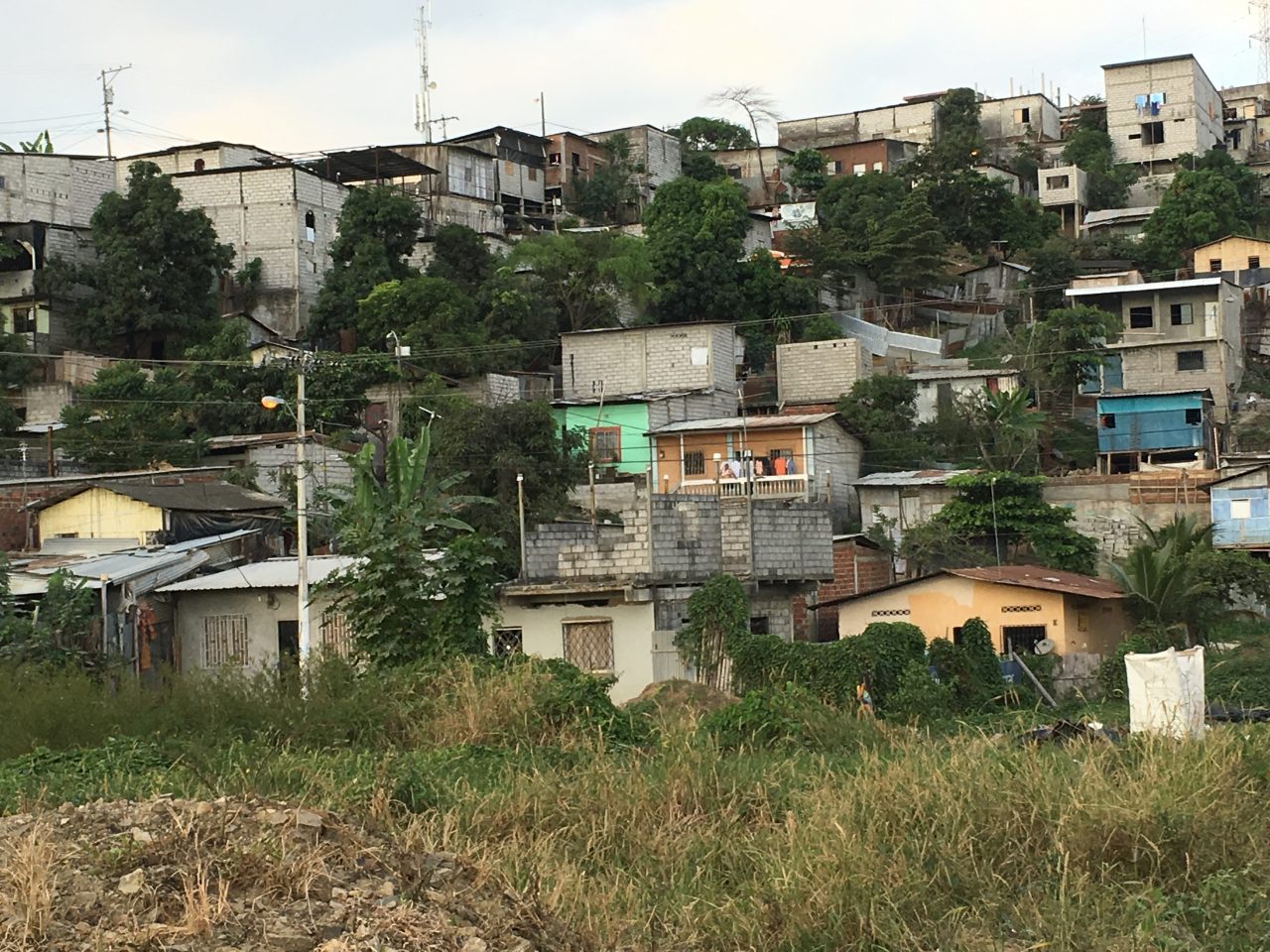 Our Parish School was started by Fr. Con Keily in 2003 and I took over the running of it a year later. At the start it was simply a Primary School, but year on year the families asked that we continue the children’s education into secondary education. As the years passed we increased to first year of secondary school and then second year and so on until last year when we finally had a full compliment of secondary education right up until sixth year. This means that when the school finished its academic year in February 2011 we had the first group of students ready to graduate from Sagrada Familia Secondary.

Ecuadorians are nothing if they are not party animals and so they were desperate to mark this milestone in their education and in the life of the school with a special celebration. Clearly they do not have the money to splash out on a lavish celebration but some wealthy friends in the city centre came to the rescue to allow the school to put on a Fiesta fit for the occasion. From the photos that they sent with the banners, the drinks and the bunting, you can sense the pride of every person involved in the celebration. And the good news is that, of the twenty-five pupils who graduated, half are going to University and half are going straight into employment. Education truly is the only way out of poverty.