Inspiring People all Around

The best thing about being out here on the Missions is the people – I can say that without a doubt! To meet people day in and day out who live in abject poverty, but who struggle onwards for their own sake and for that of their families is just a privilege. I could give loads of examples of inspiring people, but let me give you just one …

Carmen and Edgar are young parents who live with their five children, not far from the Church (just opposite where I had my flat when I first moved to Nueva Prosperina). They are young parents and when you visit their humble house, it is a lively place – three sons and two daughters, the youngest of whom, Lady, is just after celebrating her 2nd birthday. They live a poor existence: a very basic house that they are trying to turn from bamboo into a brick house. Their kids are often off school because they, like so many, cannot afford the basic school fees of £5. Both Carmen and Edgar are Parish Catechists and always helpful for whatever is going on in the Church; their son is an altar server.

One problem that the family had to face recently is that Edgar ended up in jail.  It wasn’t for anything he did himself, but because the taxi firm that he is a driver for had failed to pay its fees and the police choose two workers to make an example of – Edgar was one of them. I visited him in jail, it was a terrible experience and scary; like the hospitals here, the state jails are hovels! In jail the only food they get is that which the family bring in, if your family don’t come, you don’t get food.  Eventually, through financial help from all sorts of people, he gained his freedom and was released from jail to home. For me, this was an exemplary spirit of the people here – poor, yes, but never with the heads bowed low in shame. In the midst of their poverty, they never stop being enthusiastic for life. If there’s ever a plan afoot in the Parish or the community at large, they and their kids are involved. More than anything, they remind me that our plans and projects for the Parish are important, but what is more important is to help the people themselves, restore some of their lost dignity.

One Building Site Closes & Another Opens

People have been so generous back home and so enthusiastic to help our poorer Ecuadorian friends that we have, this month, been able to start building 2 small chapels in outlying areas of the Parish.  To give you an idea, the Church in our Parish in really the only community organisation. So, our bamboo chapels have really become what we would call community centres. This time, as well as making safe and secure these 2 chapels, we are adding on some rooms that can be used for Catechism or for whatever community activity. For those who have been here, the 2 areas that are getting new chapels are Maestro and la Paz – these are the 2 poorest areas where the kids come to Sunday Mass with no shoes and where even their ‘Sunday best’ is a torn t-shirt. I love going to these areas as much as I can, just to keep myself grounded and I hope that these buildings will do something for the spirit of the community to help lift themselves out of poverty. The building of these 2 chapels, which starts now and will last until June. 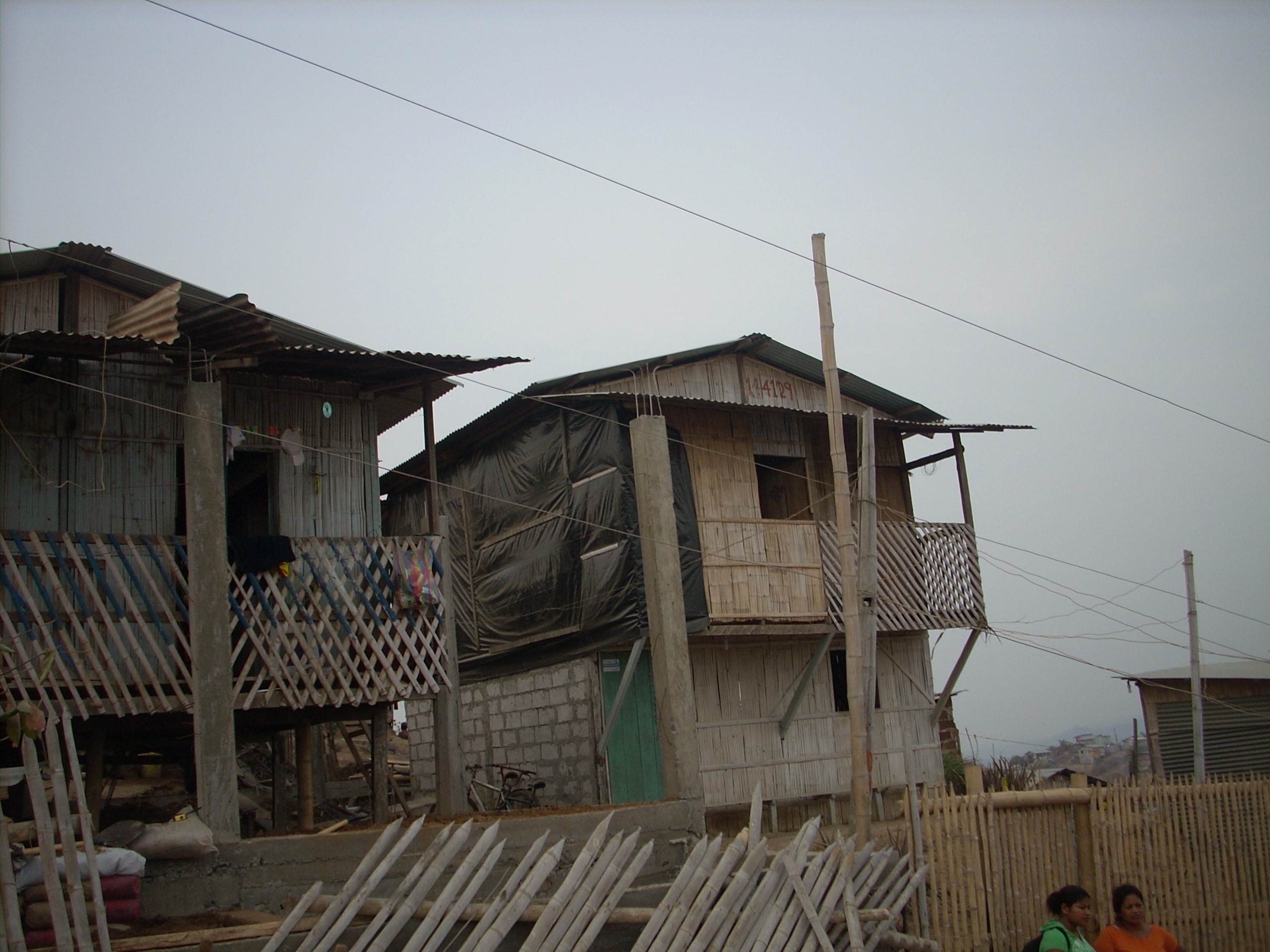 Since we are just starting up the new school year, it also means we are starting the Soup Kitchen. This is a great service that we can provide due to the generosity of so many people back home.

Each day, we give a meal to 150 poorest children at our school.

These are kids who, with their parents looking out for work, would be going home to an empty house and an empty stomach. They receive a bowl of home-made soup, a plate rice and beans and a cup of fruit juice.